GemArts is collaborating with Newcastle University on a programme of free events exploring the theme of global social justice through debate, performance and public engagement activities to celebrate the opening of The Frederick Douglass Centre at Newcastle University.

Bensham Grove in Gateshead is an English Heritage Grade 2, Arts and Crafts listed building. It was restored in 2014 and is of great historical interest. Trustees of the Spence Watson family legacy handed over the Centre to Gateshead Council in 1948 as a venue for Adult Education.

The Quaker families of Joshua, Joseph, and Robert Spence Watson lived at Bensham Grove throughout the 1800s until 1919. During this time, the house became a hotbed for debate on political and societal reform. It also became an epicentre for intellectual and artistic development. Visitors included some of the most significant writers, poets, artists, orators, religious leaders, politicians, historians and explorers of their time.

The Spence Watsons were integral to a network of friends and families, notably in the ‘Quaker enclave’ of the Summerhill area of Newcastle, as well as others in the North of England and beyond. The influence and impact of the family and friends was truly international.

The Spence Watson family held strong views on civil and religious liberty. They were great believers in the abolition of slavery in America and the West Indies. They welcomed well-known Abolitionist orators including Frederick Douglass. He became a friend of the family and visited Bensham Grove on a number of occasions.

Come, walk with us, as GemArts present a cultural programme at Bensham Grove to celebrate Fredrick Douglass’ legacy, exploring themes of identity and social justice.

Joe Williams is an actor historian and Points of Light Awardee from 10 Downing Street, for services to Black History.
He has written and performed in plays about Frederick Douglass for 20 years, as well as other historical figures of African origin in British history.
Joe will contextualise Frederick Douglass' visits and speeches to Bensham Grove and Newcastle, whilst contextualising other historical connections.
Audiences will also have the opportunity of asking questions of the great African American abolitionist. 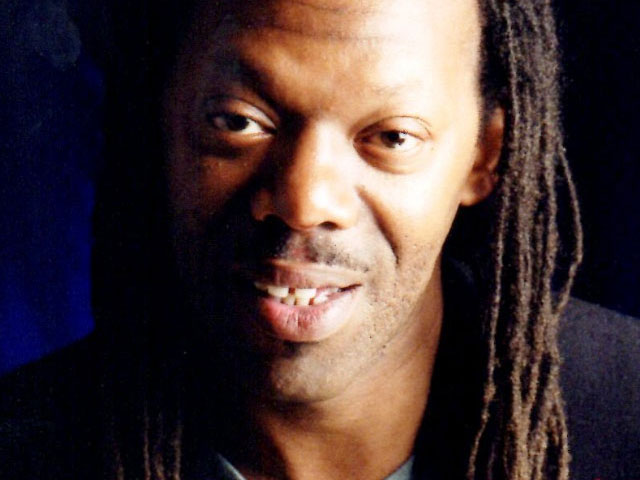 “Out of many one brotherhood”
PROSPECT is a piece inspired by the words and work of Martin Luther King and his battle against racial discrimination and segregation in the United States. It also raises the public consciousness of racism.
The piece unfolds in two movements. In the first half, the dancers battle against the badgering of questions asked to MLK in an interview conducted 11 months prior to his assassination.
The second part is a more introspective and reflective depiction of the dancers’ feelings of belonging in a new society and the search for community and brotherhood.
CAPUA Gate Dance is a newly formed group sponsored by GATEWAY Studio and Sport Tyne & Wear.
Prospect was commissioned by Newcastle University for the Contemporary Art in the Heritage Experience Conference 2019.
Choreographer: Martin Hylton 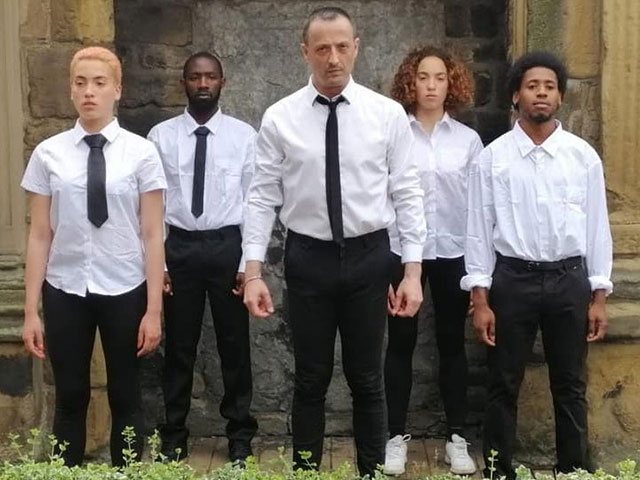 Dead n Wake opens up a performance and discussion on funerals as a common feature where spaces for creative expression are key, to keep in folk good spirits, to help the spirit to pass on. This, in turn, is part of the African and Caribbean retention, as are the rituals of songs, folk material and stories which make up the Windrush generation and their children today.

This working research/idea by Khadijah Ibrahiim was shown at Words in the City Leeds Lit Festival 2018. It is now part of a longer program of creative work recently awarded DYCP-ACE funding.

Khadijah Ibrahiim was born in Leeds of Jamaican parentage. Educated at the University of Leeds, she is a literary activist, theatre-maker, and published poet. She combines’ inter-disciplinary art forms to re-imagine poetry as performance theatre.
Hailed as one of Yorkshire’s most prolific poets by the BBC, her work appears in university journals and poetry anthologies. Peepal Tree Press published her collection Another Crossing in 2014. She was shortlisted for:

Her most recent work with Leeds Museum – The British Library and Poets in the City – commemorated the Windrush Generation. She is the recipient of the Arts Council of England Developing Your Creative Practice Award.
Her research is based on African Jamaican social/cultural belief/ rituals in death ceremonies.
Khadijah has performed and produced art programs in the USA, Caribbean, Africa and Asia. 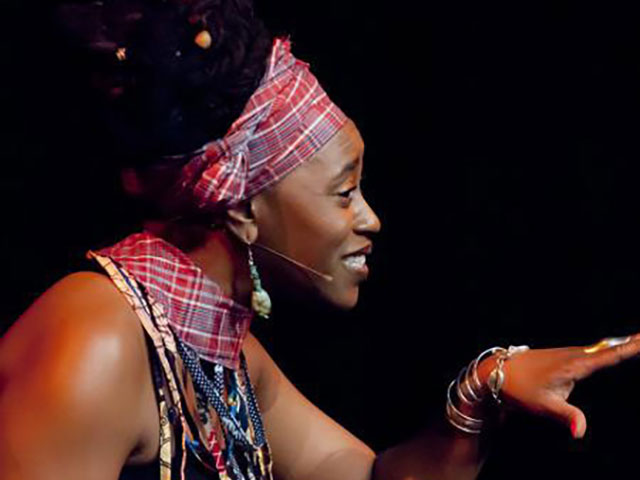 Choreographer Patrick Ziza’s dance explores African Dandyism as a celebration of style and cool as well as a concern for humanism, gender and identity in our increasingly divided society.
Dandyism is centuries old.  For the original African Dandies, it represented male empowerment and post-colonial freedom.
African Dandies appropriated the flamboyance of the 18th century English and French gentlemen in defiance against slavery, referred to by some as a resistance movement.  By the 1960s, it had become a phenomenon, a way to preserve a legacy of African culture and challenge conventional male stereotypes.
Dandyism is flamboyance: dress sharp and present your best self.
Dancers:  Patrick Ziza, Igor Tavares, Marcio Antonio 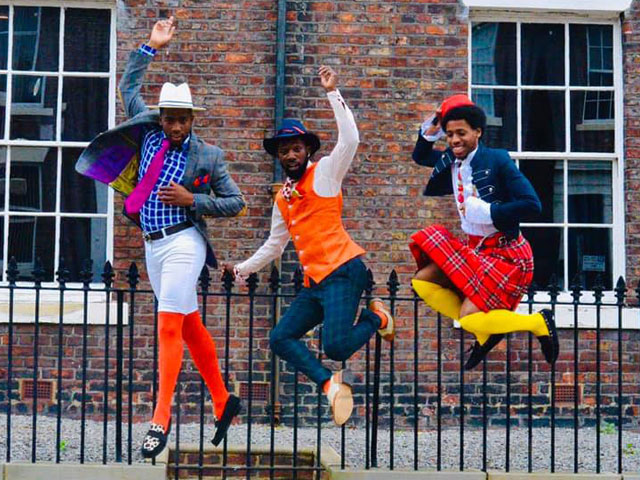 GemArts woul like to thanks all the artists and performers, Jeff Dean, Newcastle University and Bensham Grove Community Centre.